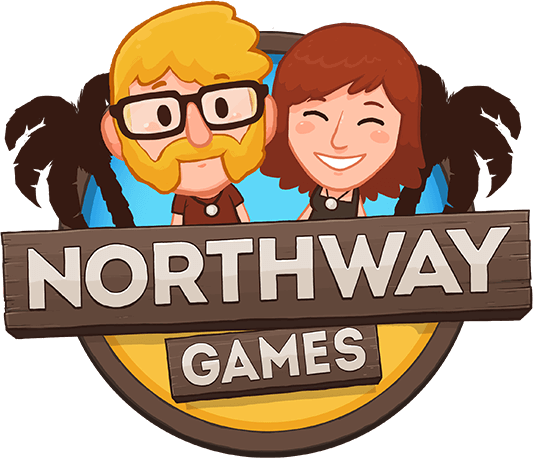 Have you ever imagined managing a city with zombies just at the sight of the corner, ready to decimate your population in a blink of eyes? I think it was in 2011 if I’m not mistaken, the time when I was playing with an exciting zombie surviving management called Rebuild. Now after 3 years and several delays, Sarah Northway, the creator of Rebuild has released the third version of Rebuild series, and its called, Rebuild 3: Gangs of Deadsville.

Rebuild 3: Gangs of Deadsville – The Premise

Just like every series before, Rebuild 3: Gangs of Deadsville also comes with exactly the same premise. You will become a leader of a tiny outpost with several survivors in the midst of a city overrun by zombies. This tiny outpost along with the survivors won’t be able to survive, if you don’t expand your area.

Hence, you will send your fellow survivors to explore blocks around you. These survivors will be freeing areas from zombies, rebuilding empty areas, scavenging for some extra supplies, and of course rescuing survivors. On the other hand, people inside the shelter won’t only lay their hands on head.

People inside the shelter will have to build lots of building to ensure not only for their safety, but also produce enough happiness and food for survivors. Of course, since we’re playing a zombie management game, there’s no way that you will be able to live peacefully. Horde of zombies will always be intimidating your civilization, just around the corner.

Rebuild 3: Gangs of Deadsville – The Gameplay

There are so many things that you can do with Rebuild 3: Gangs of Deadsville. It is a game packed with features that’s combining previous Rebuild features, with the latest brand new features. So Rebuild 3: Gangs of Deadsville is more of a mature game compared to its predecessor. If you’ve never played with these series before, you might want to take things slowly and start from the easiest level first, just to familiarize yourself with the game. However, I’ll try to explain to you how the game works.

So basically, Rebuild 3: Gangs of Deadsville is a game with turn-based mechanic where you will be assigning task to your survivors. Each task that’s assigned will take various time to complete from less than one day, or even more than a day. The time depends on how hard the task is, and what kind of survivor that you assigned the with. For example, if you give a task for a builder to kill a zombie, of course it would take longer time to finish, if not the builder will be injured while fighting them off.

This old mechanic however, has been upgraded with the new feature called ‘real-time progress’ (I give the name on my own). With this feature, you can change from a turn based game where you assign them, then press the button and wait for the response, into a real-time live progress. So the moment you assign survivor, you will get response from other task as well. You will still get the pause button though, if you think the situation has already became too messy.

Rebuild 3: Gangs of Deadsville still uses the same type of survivors, as well as equipment from its predecessors. Leader as the all round survivor, with extraordinary skill to negotiate and interact with other survivors. There is also Engineer/Scientist that’s particularly good at researching and crafting. Builder for building, Soldier/Defender for hunting and defending, as well as Scavenger that has job for search and collect things.

Just like the second version, you can equip all the survivors with equipment that can be get either from scavenging, or trading with the NPCs (merchant, or other factions). Every equipments that you get will have to be attached into survivors according to their occupations. So for example, you might want to give shovel to the scavenger, not a machine gun that will be more useful in the hands of defender.

The new thing from Rebuild 3: Gangs of Deadsville, is the ability to have a perk. So, instead of just equipping things, survivors can now have and choose their own perks upon leveling up. These perks, will boost survivors ability accordingly, depending on the equipment of your current survivors. Pro tips, read the description carefully. Upon choosing the perks, you will still have options to wait and pick something else if you think the perk doesn’t suit your fellow survivor.

For example, there is this perk that’s called Hand-to-hand Training. This perk will boost defense stat with note, if they use barehand, or no weapon. It means, if you equip any weapon, this perk would be invalid and won’t give you anything. Luckily, in the middle of the level, you will be offered if you want to equip the weapons and items automatically to your survivors. If I were you, I’ll accept this offer without even thinking twice. Don’t you dare to think that dealing with survivor is already too hard, because like I’ve said earlier, you still have to maintain their happiness and hunger. Rest assured though, because maintaining these two is really a lot easier than managing all of these survivors.

To maintain happiness, you just have to clear/build area with Bar or Church. The more bars and churches you have, the more happy your survivors will be. On the other hand, to keep your survivors full, build farms or clear area with farms. Farms, however, are a little bit trickier than maintaining happiness.

Every level comes with only several missions. Don’t worry though, to work on these missions will be extra hard. That’s because you can’t just finish the mission in early game. You need to build, grow your outpost into a bigger populations, build relationship with other factions, and so on. Until then you will be able to finish the level.

Rebuild 3: Gangs of Deadsville – The Control

Rebuild 3: Gangs of Deadsville works great with mobile devices touch screen. The only setback for me is the time when I have to look around the map by dragging the screen. Sometimes, survivors that’s doing mission will be dragged even if I never intend to do so.

However, beside this small annoyance, everything else works like a charm, even in a small screen like iPhone. I love a lot of things from Rebuild 3: Gangs of Deadsville. While most of the features always makes my time fly like it was nothing, I love the ability to change the outcome of the level, just by choosing different options.

For example, you can decide by your own, whether to declare war with other factions, or make allies with them, it’s all up to your decision, what you think will make them happy or upset them. When you decide to be the public enemy, you should be very careful, because at any time, other factions might come and attack your outpost.

However, if you decide to make allies with other factions, they will send you some gifts as a gratitude for the alliance. Anyway, that’s just one example about how your decision can affect the way you play overall.

The new interface and design on the UI are also really great additions to the game in my opinion. Despite the cartoonish feeling, the interface has been changed into a more modern design.

— comparison with the old rebuild

Northway Games is originally from BC Canada, but then they sold everything and took off in 2010 after one of the founder, Colin Northway released Fantastic Contraption to much success. They then lived all over the world including Thailand, Japan, Turkey, Czech Republic, Italy, Malta, Scotland, France, Honduras, Costa Rica, Panama, The Philippines, Argentina and Brazil.

Northway Games includes Sarah’s Rebuild series, Colin and Rich Edwards’ Deep Under the Sky, and Incredipede which we worked on together. To check about this super nerd couple and their story, please head to their website, Sarah’s twitter, and Colin’s twitter.